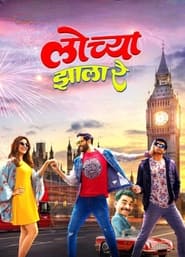 A laugh a minute comedy about a man living on rent in London who gets his monthly stipend increased by lying to his uncle from his native village that he is now married and so needs additional allowance. All goes well until his uncle pays him a visit due to which he is forced to get his friends’ wife to act as his wife. The visiting uncle is taken in by the charms of his nephew’s so-called new wife and creates much trouble for the friend whose wife she really is. Meanwhile, a married neighbor’s wife falls in love with the uncle and all hell breaks loose.
Original title Lochya Zaala Re
TMDb Rating 8 1 votes